The retro-themed body incorporates a range of assignable function buttons and dials, as well as a 2.36m-dot OLED electronic viewfinder and 3.0" 1.04m-dot tilting touchscreen LCD for clear image monitoring and playback. Besides the handsome appeal of the E-M10 Mark II's design, its main assets lie in its versatility of shooting functions and performance to benefit photographers and videographers alike.

Benefited by the range of imaging capabilities, the E-M10 Mark II also incorporates a variety of shooting modes to suit working in various situations. A Silent Mode utilizes an electronic shutter for perfectly quiet picture-taking, with shutter speeds up to 1/16,000 sec. available. Live Bulb and Live Time modes are well-suited to creative long exposure photography and a dedicated Live Composite mode lets you watch a long exposure gradually build up during the course of the shot. Built-in Wi-Fi allows you to pair the camera with your smartphone or tablet for wireless sharing and remote camera control, and an interval shooting mode can be used to produce in-camera 4K time lapse movies.

16.1MP Live MOS Sensor and TruePic VII Image Processor
Featuring a 16.1MP 4/3 Live MOS sensor, along with the TruePic VII image processor, the E-M10 Mark II is capable of recording high-resolution stills and full HD 1080p video with sensitivity to ISO 25600. The processing speed also avails a top continuous shooting rate of 8.5 fps in full-resolution, with the ability to record up to 22 12-bit raw files in a single burst or 36 JPEGs. When working at a slower, 4 fps shooting rate, you are able to record infinite bursts for the capacity of your memory card.

FAST AF System and Focus Controls
The FAST contrast-detection autofocus system employs 81 areas to quickly and accurately acquire focus on both moving and stationary subjects. Both face and eye-detection modes can also be used for precise tracking of subjects, and single and continuous focusing modes can also be employed. When working with manual focus, a manual focus assist function can magnify the image for easily identifying sharp focus and a peaking function can be used, too, for quickly determining in-focus areas in the scene based on colored, highlighted lines of contrast.

OM-D Movie
Full HD 1080p video recording is supported in a variety of frame rates up to 60 fps in ALL-I or IPB compressions, with a maximum bit-rate of 77 Mbps. In addition to standard video recording, high-speed video recording is also supported at 120 fps in 640 x 480 resolution. A dedicated clips feature is ideal for sharing short movies in preset times of 1, 2, 4, and 8 second durations, with the ability to extend limits by re-pressing the record button.
Sound is recorded during movies using the built-in stereo microphone, and a wind noise reduction tool can be used for cleaner sound. Also, the microphone volume can be limited during recording. 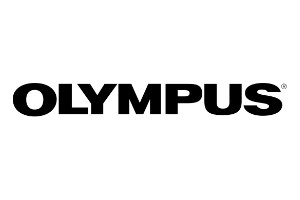